The much-awaited Sotheby’s auction of Indian art far exceeded expectations. The recently held auction fetched £4.28 million, which in fact is much higher than the pre sale estimate of £2.4-3.4 million. At the auction 79% of the lots were sold. According to a press release from Sotheby’s, 67% of the lots sold for prices higher than their pre-sale high estimate and 11 new auction records were established for names including Rabindranath Tagore and Jitish Kallat, among others. F N Souza’s ‘The Red Road’ fetched £5,80,000 against an estimate of £2,50,000-3,50,000.A new auction record by medium was also set for Subodh Gupta. An Untitled canvas by Subodh Gupta was the top selling work of this group, achieving £264,500 against a pre-sale estimate of £70,000-100,000 and establishing a new auction record for a canvas by the artist. Amongst other notable results, Rabindranath Tagore’s ‘Death Scene’, which made £144,500 against an estimate of £15,000-20,000 and his ‘Bird’, which sold for £70,100; and Jamini Roy’s ‘Santal Couple’ which sold for £29,300. Incidentally, Tagore’s ‘Death Scene’ established a new auction record for the artist. Along with Subodh Gupta, Bharti Kher, TV Santosh, Jitish Kallat, Thukral and Tagra performed exceedingly well.
One can safely say that the auction results reiterate the interest and acceptance worldwide for Indian contemporary artists. International themes combined with Indian ethos appear to be winning over global audiences. 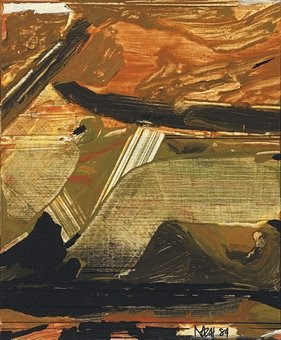 Coming up next is the ‘Celebration of South Asian Modern and Contemporary Art at the Christie’s auction next month. This auction in fact will also see the Ambanis put up 12 works from the Harmony Art Foundation in association with Barclays Wealth. The proceeds will go to the Harmony Foundation, which was established by Tina Ambani in 1995. The artworks are estimated to raise more than Rs 81 crores. Christie’s will also be exhibiting 32 works from Tina and Anil Ambani’s private collection, which includes artists such as M F Husain, Tyeb Mehta and S H Raza along with leading names in contemporary art such as Atul Dodiya, Jitish Kallat, TV Santhosh and Riyas Komu.
By Nalini Malaviya