The Big Picture is a concerted effort that brings together 57 artists for a fund raising event in Bangalore. Organized by the India Foundation for the Arts (IFA) the art exhibition presents a wide range of paintings, mixed media works and photographs by young and upcoming, and a few senior artists as well.
According to Arundhati Ghosh, the Deputy Director of IFA, “the idea of organizing an art show as a fund raiser germinated last year and then Abhishek Poddar offered to curate it.” This happens to be the Foundation’s first art exhibition. In fact, in a tremendous show of solidarity, the artists have come forward to donate, in full or in part, the sale proceeds of their works for IFA. Incidentally, IFA is an organization that provides grants for art and culture activities and has been supporting independent research and teaching institutions, cultural and development organizations, musicians, visual artists and filmmakers amongst a host of other professionals in related fields. 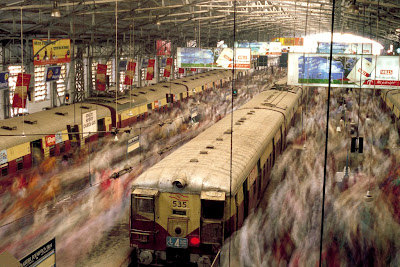 For this particular event, well known artists such as Gulammohammed Sheikh, N S Harsha, Jayashree Chakravarty and Mithu Sen, and photographers such as Raghu Rai, Shahid Datawala, and Navroze Contractor are just a few names that comprise the vast list. All the works have been priced under Rs 5 lakhs. The online catalogue offers a promising line-up of works with a significant section devoted to prints.
While, many of the artists may not be a familiar sight on the Bangalore art scene, they have been exhibiting elsewhere. “These are outstanding works by some of our most talented artists and very well priced too keeping in mind the economic situation,” writes Abhishek Poddar in his curatorial note.
The exhibition although happening in Bangalore is also being showcased online and as Arundhati describes it, “It is a national show with a local physical presence.” Here’s hoping that art connoisseurs come forward to support art for arts’ sake.