Drawing essence of thought - The Power of Line

(By Nalini S Malaviya)
Noted artist Yusuf Arakkal presents an exhibition of drawings The Power of Line – a show curated by him that displays about 130 works. Reluctant to accept his role as a curator, Arakkal reveals that the show was conceptualized about a year ago, and although in the initial phases the plan was to include a few select artists, as time progressed the list grew from 50 artists to the present 75, who are now participating in it. The whole process was set in motion when he came across a few of his own drawings done many years ago. He then invited eminent and emerging artists from across the country to participate in this show dedicated exclusively to drawings. 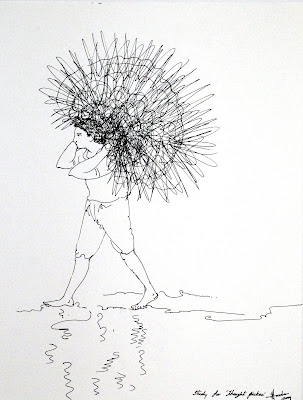 The exhibition endeavors to encapsulate the flow and evolution of drawing over time, regions and generations. “Most artists don’t like to work with a suggested theme; therefore the only brief that I gave them was in terms of size. They were free to give me any drawing from any phase of their career,” he explains.

A strong believer in the power of drawing as an independent medium, and superior to any form of visual art, Arakkal believes that it is the essence of thought, which is instantly translated through a line drawing. He feels, “A painting is an elaborate process, where the essentials get lost along the way and unwanted elements may creep in.” 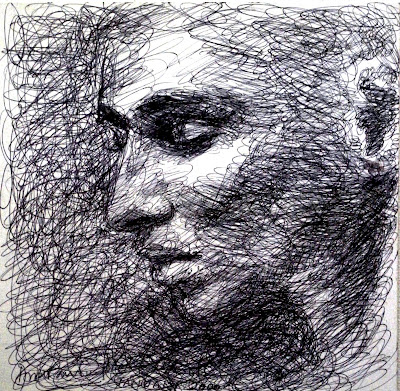 Arakkal religiously practices the discipline of drawing every single day without fail even when he is traveling. He elaborates, “It took me some time to realize that the most important aspect of almost all visual applications is drawing. The basic structure of painting, sculpture, architecture, engineering and all that connected to visual expressions; is drawing.” He fondly recalls the days, when as a child he used to draw with pieces of charcoal behind the kitchen wall - most of those pictures were inevitably of cars! And, of the driver looming large over his territory!
Interestingly, an etching by Laxma Goud has been included to display the connect between graphics and drawing, as the artist is a well known graphic printmaker. The show is dedicated to FN Souza and KK Hebbar, both great artists of our times.
In his curatorial note Arakkal expresses, “While many of these creations are done as a guide to the final work, more often it is these drawings that in itself reincarnates as the final work of art. It is the power of those lines created in an inspirational moment which becomes the basis for the emergence of a great work in its final identity.” The results are there to see - the exhibition presents a wide spectrum of minimalist drawings, a few made with paint and brushes, and some even mixed media works. A few images here and there may strike a discordant note, but overall there is a cohesiveness that reiterates the curatorial intent.
(The exhibition continues at Galerie Sara Arakkal till July 31)