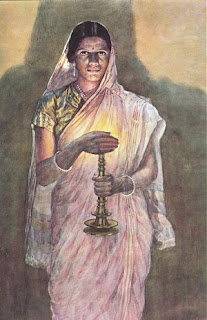 Mysore is an important tourist destination for visitors to Karnataka, where most people consider the Mysore Palace, Chamundi Hills and the Brindavan Gardens high on their must see list, but not many visitors know about the Sri Jayachamarajendra Art Gallery.

The Jaganmohan Palace stands a little distance away from the Mysore Palace and it is a treasure house filled with rare art and antiques from the private collection of the Wodeyars of Mysore. The gallery itself is called the Jayachamarajendra Art Gallery which was converted into an art gallery in 1875 and has an amazing collection of paintings, antique furniture, musical instruments, weapons, brass artifacts, porcelain, marble busts, ancient coins and rare photographs. Paintings and sculptures by prominent artists from the late 19th century are also a part of the display.

As you enter, you will see grand old clocks in all sizes, including a French musical calendar clock and a few more with carved statuettes and chariots which are placed close to the entrance. Exquisite birds on silk cloth are part of the Japanese art section, while the Mughal and Rajasthani miniatures form a fascinating collection that depicts delicately rendered figures in the traditional style. Inspired by the epics these are woven around themes such as Radha-Krishna, musical gatherings and also hunting scenes. Next to it are several rare old photographs of the Dassara festival, which reiterate the importance of the grand celebrations associated with the festival. Celebrations have been scaled down now but the tradition continues in Mysore to this day. 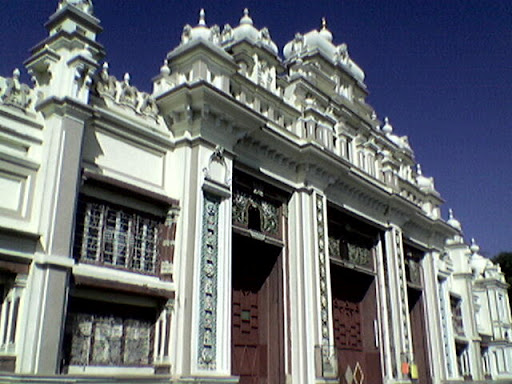 The art gallery is comprehensive with several Indian artists and a few Western ones as well. Amongst the Indian artists, to see Raja Ravi Verma’s paintings in the original is a delightful treat. Based on mythology and the Ramayana and Mahabharata, there are large oils such as ‘Swan Messenger’, ‘Lady in Moonlight’ and ‘Harishchandra’ amongst others. Ravi Verma (1848 – 1906) is considered an unquestionable master of portraits and figures, the delicate skin tones, fall of drapes and the level of detailing he captured are part of his paintings’ charm.

There are other works by Raja Rama Verma (Ravi Verma’s brother), Ishwardas, Haldenkar and Subbukrishna. Numerous large panels depicting the Royal family during court sessions, Dassara processions and otherwise have been done by various artists. ‘Glow of Hope’ by Haldenkar is a fascinating painting of a woman holding a lighted lamp where the light from the lamp casts a glow on the woman’s face, which is visible even in absolute darkness. Gagendranath Tagore’s intriguing play of light in his works creates stark yet captivating images.

To enter the Western art gallery and to come across a self-portrait by Rembrandt is a huge surprise and an incredible experience. ‘Crucifixion’ by PP Rubens and exquisite miniatures in oil by L. Gunov are notable in this section. Paintings by Abdur Rahman Chughtai are delicately rendered and influences from the Mughal style are subtle but evident. There is a large collection of paintings done in the traditional Mysore style using the gold leaf to embellish the images. Other paintings include examples from Shantiniketan, Persian and Tibetan art.

For music connoisseurs, an excellent assortment of musical instruments is preserved in the gallery and the royal family, it is believed, used some of them.

One hopes that this wonderful collection of art and antiques, considered one of the best in South India, will be preserved well for future generations.

Updated version of an article published in Times of India in 2006.