Liu Bolin Brings 'Hiding in the City' to Bangalore 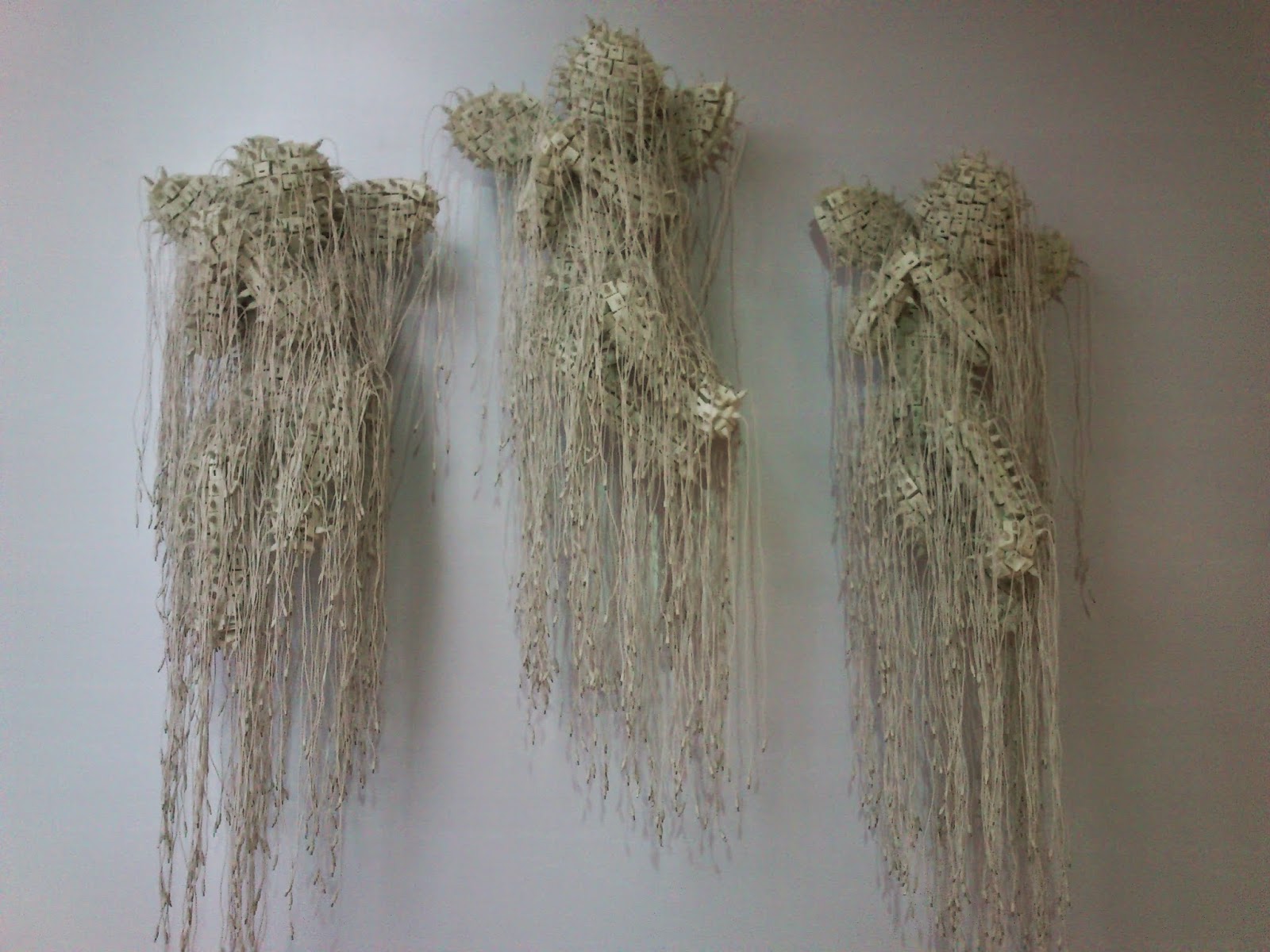 I met artist Liu Bolin from China in the parking lot of UB city, Bangalore as he wrapped up the photo shoot involving auto drivers. Bolin widely known as ‘The Invisible Man’ thanks to the popularity of his series ‘Hiding in the City’ was in Bangalore recently to participate in ‘Art Bengaluru 2014’.

One of his works, an installation from the Charger Series made out of mobile charges was exhibited as part of the 10-day event. Human forms appear to be suspended from the wall with innumerable wires dangling from them. Bolin's artwork is a comment on the materialist culture that now pervades every society, feeding an unending well of desire. It is making the human race more machine like, as we trade humane qualities for inanimate objects. During the inaugural evening of Art Bengaluru, Bolin also performed and ‘disappeared’ into a bookshelf, even as the people watched! 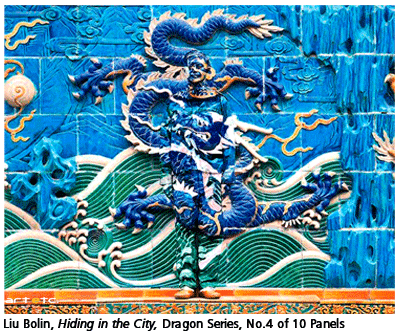 ‘In 2006 Liu Bolin, a prominent Chinese contemporary artist inspired by the Chinese government’s demolition of the Suo Jia Cun Artist Village in Beijing camouflaged himself in the series of photographs, Hiding in the City by painting himself as part of the urban landscape. Bolin has become famous as the invisible man after he decided to use his art as a means of silent protest. Using his own body to paint himself and merge into various urban settings in Beijing, Bolin attempts to comment on the fragile status of artists and their living conditions’(excerpted from Protest Art in China by Nalini S Malaviya, Art Etc.)

Bolin seemed to have enjoyed his first visit to India and found a lot of similarities between the people here and in China. During his brief stay in Bangalore, Bolin continued to work with the idea of camouflage to highlight social issues and ‘imbalances’ peculiar to the societal and cultural landscape of India and particularly Bangalore. As an extension of ‘Hiding in the City’, Bolin worked with slum dwellers, school children and auto drivers to underline problems specific to each of these groups. For instance, the blue coloured canvas tents of the slums in Marathahalli stand conspicuous against high-rise buildings and highlight the enormous disparity between the rich and poor. According to Bolin, “The purpose of this shoot was to blend these people into their background, at the same time emphasizing their presence by making them the subject of the work. The idea was to draw attention to them and give a wake up call to the more privileged members of society to come forward to do their bit to help give these people a better future.” 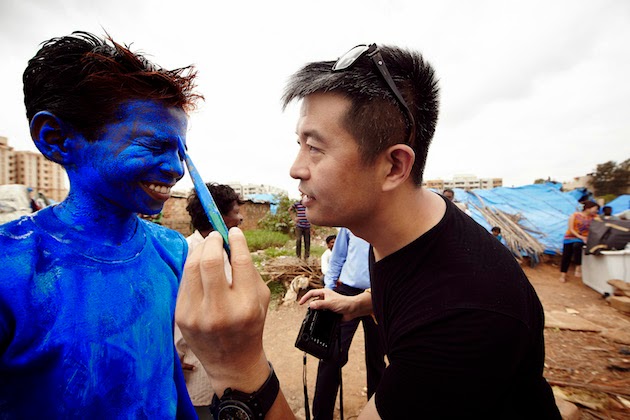 In his other photoshoot with children, Bolin worked with an important and highly relevant issue that has assumed epidemic proportions in India - crimes against women and children. Performed in a playground, a single girl child was camouflaged as she disappeared into the background to become invisible, while other children around her continued to play and enjoy their activities. The world around her went on with its routine, oblivious to her and her plight - which unfortunately is the reality today! In his  last photoshoot, Bolin created an artwork with 10 auto drivers - an attempt to highlight ‘perpetual traffic issues and subsequent smoke and pollution inflicting the city’. Incidentally, Bangalore is amongst the most polluted mega cities in the world!

It was great to meet Bolin and even though communication was a little stilted (through a translator), it was heartening to see that he had managed to capture the pulse of Bangalore in his artworks. He mentioned that although there was initial resistance from participants to get painted and be a part of his performance art, the idea did grow on them and they were eventually quite enthusiastic to become the living artworks!

If you enjoyed reading this article, please share it using the social media widgets at the top.
By Nalini Malaviya