Last week, I was in New Delhi to attend the second edition of the India Art Summit 2009 being held at Pragati Maidan. The VIP and media preview organised on the 19th, from 3:00 PM in the afternoon saw the who’s who from the art community get together for this much awaited event. A Sculpture Park created right at the entrance greeted visitors with its large scale sculptural installations by artists such as Navjot Altaf, G. R. Iranna, Vibha Galhotra and Ravinder Reddy 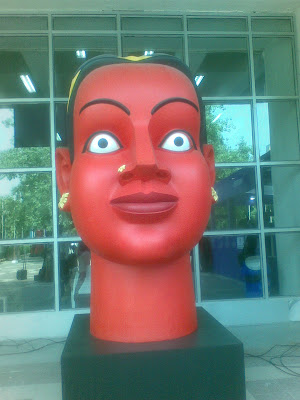 amongst others. Beginning from the foyer, installations by some of the best known names in the art business were placed strategically at various locations throughout the exhibit area. These were specially created for the summit as part of the Purple Wall Project curated by Gayatri Sinha. Installations by Subodh Gupta, Nataraj Sharma, Riyas Komu, Manjunath Kamath, T. V. Santosh and Subba Ghosh were some of the exhibits that were on display. 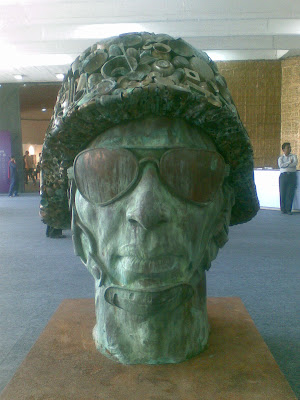 Out of the 54 galleries participating in this year’s fair, 17 were from abroad. Lisson Gallery, London, Arario Gallery, China, Beck & Eggeling, Germany, Galerie Christian Hosp, Germany were some of the major overseas galleries. Incidentally, galleries Sumukha and Ske were the only two from Bangalore who participated in the fair. The highlight of the exhibits had to be the sculptural forms and paintings by the Mumbai born artist Anish Kapoor, who is based in London, and whose works were brought to India by Lisson Gallery. In fact, this is the very first time that his works have ever been showcased in the country of his birth. 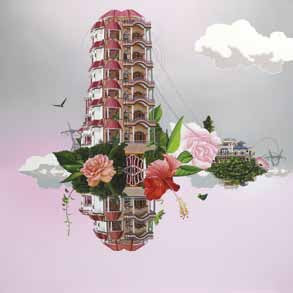 There was so much art all around that it would be impossible to go into details of all the exhibits, but to give an idea, the variety ranged from Souza and Raza at the Delhi Art Gallery stall, drawings and etchings by Picasso at Beck & Eggeling, a large triptych by Jitish Kallat at Arario and Thukral & Tagra at Nature Morte. Apart from these names there were numerous other artists who shared space in the gallery stalls. Unfortunately, some of the larger works were displayed in such a way that there was no viewing space in front of it, which was such a pity!
There was also a video lounge and a Speaker’s Forum that included eminent personalities from the field of art, both from India and abroad.

The four day modern and contemporary art fair provided an excellent opportunity to view art by some of the best known artists from India, as well as emerging artists - all under one roof. Compared to last year, the fair this time was not only bigger in terms of scale, but the quality was also better in terms of the galleries participating in it, and the artists that were represented. Obviously, not all the exhibits can be categorized as exceptional art, but overall it was quite good and definitely an event worth visiting.
(Published in Bangalore Mirror)
By Nalini Malaviya