Some of you might be aware that I used to write a weekly column on art for Bangalore Mirror for a few years. Recently, while organizing my articles, I came across this one which was written on art cars.  In fact, this was soon after I had written the catalogue essay for artist Yusuf Arakkal, when he was exhibiting his modified 1956 Italian Fiat Millecento. Although, this article was written and published in 2009, I think you may still find it relevant!

Last week, I was conducting some research on an art car and came across so much material that I felt the concept would appeal to a larger audience. The term is used to refer to an automobile that has been modified in order to alter its physical appearance. People use paint – poster colours or oil paints – to create their own designs and patterns on the body of the vehicle. Some use additional material to alter the appearance drastically and convert them into sculptural works. The idea behind this concept is to give vent to ones artistic expression or to personalize the vehicle and make it appear individualistic. This, incidentally, is not the same as customizing your car according to specific needs. 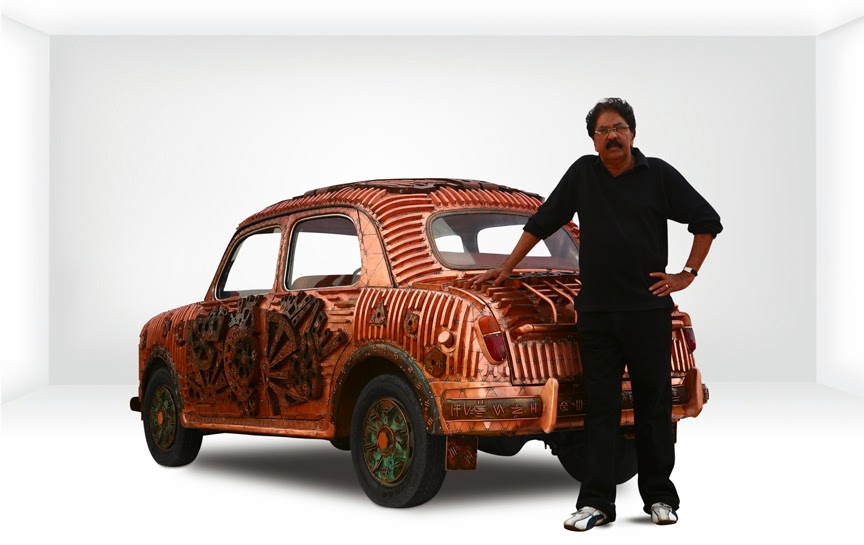 In fact, some of it even stems from a rebellious approach to a factory made or mass produced object. The desire is to create something distinctive that would stand out in a crowd. Although, there are a few professional artists who design art cars, there are many more who are amateurs. Sometimes the term ‘cartists’ are used to refer to them. Amongst professional artists, Andy Warhol and Roy Lichtenstein designed and painted BMW racing cars. Warhol in fact painted his car in approximately 23 minutes while Lichtenstein designed the painting taking into consideration the principles of aerodynamics. The car was painted in such a way that it reflected the passing scenery – flashes of green and yellow from the surrounding landscape. 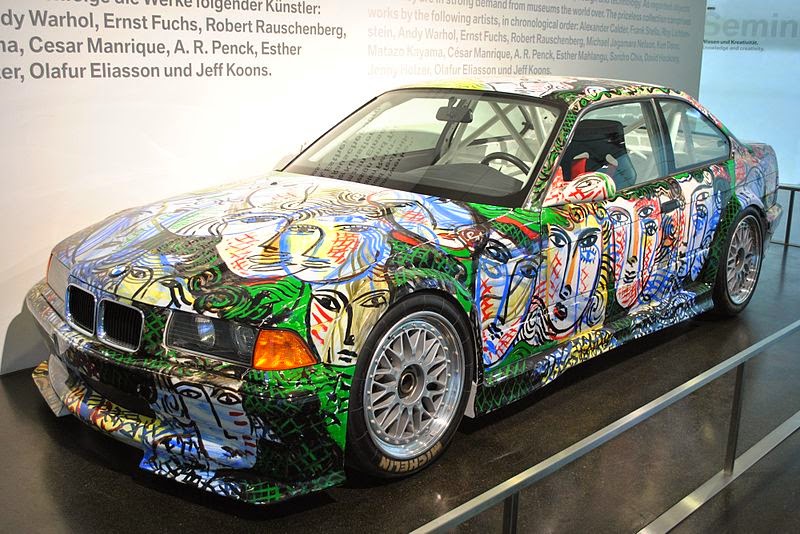 While some owners just paint their cars to reflect their belief or ideology and ensure that the car remains in a functional state, there are others who modify it to the extent where they become exhibits. The utilitarian value of the automobile is lost and these are transported from one place to another as display pieces. With time, art car has grown hugely in popularity – mainly in the US – and there are dedicated events, groups, road shows and museums for this purpose. 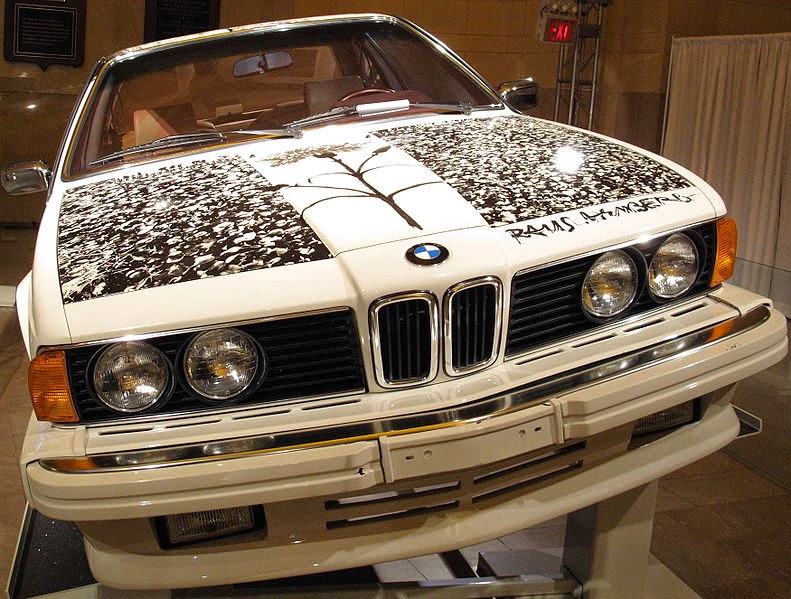 Although, abroad the concept of an art car has been around for years, and has seen exception popularity especially in the US, it is still not a very common practice in India. However, in the late 1960s M F Husain is known to have painted his car.