It cannot be denied that arts education in our country requires the necessary impetus in order to facilitate a more holistic environment for learning. Most schools follow the archaic system of having one or two classes of ‘music’ or ‘drawing’ in a week, however these are stand alone sessions that are not really integrated with the process of learning. The integration of arts education at the school level is a matter of grave concern and to address this issue, an arts education conference is being organized by the Goethe-Institut/Max Mueller Bhavan, Bangalore and the India Foundation for the Arts (IFA) later this week on 11 - 12th of December.

In the recent past, the film Taare Zameen Par, helped dramatically in creating awareness about the importance of arts in the process of learning. Although, the film highlighted the role of arts in facilitating learning in children with special needs, in fact, music, fine arts, theatre, puppetry and other creative practices are important tools that assist in the overall development of a child. And, with a little bit of an effort these can be adopted as part of the curricula in a conventional schooling system. 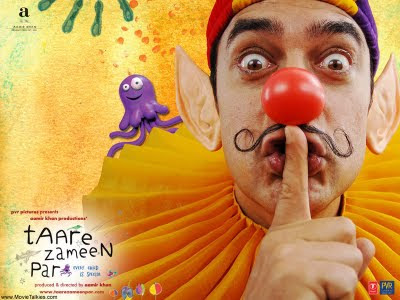 In the background note released by the IFA, according to the Universal Declaration on Cultural Diversity, Paris in 2001, ‘Culture and the arts, in their broadest sense, are a critical mediatory force in the quest for understanding, empathy and dialogue between divergent thoughts, dogmas, ideologies and world-views.” This conference is an extension of Kali-Kalisu project that deals with the empowerment of school teachers through arts pedagogy training workshops, and through it the organizers hope to articulate frameworks and directions for arts education in the country. Some of the topics that will be discussed include the current legislative scenario and arts education, the structures of the arts education, arts and early childhood education, language, poetry and creativity, puppetry, music and movement arts.

In my opinion, an initiative such as this will not only help in creating the basis for supporting arts education, but also in creating wider awareness that will help in the actualization of various proposals that focus on the holistic development of every child. Legislations, children’s rights and bills, and proposals to ease pressures of examinations are all steps towards the right direction, but these have to be combined with a broader approach that stresses on the role of arts in providing quality education.