Rated among the best graffiti artists in India, Kartikey Sharma was directing artists to paint at Sunburn, while on the other hand, he was waiting for his next session of chemotherapy. His is a story of grit and determination, fighting last stage cancer with paints and a brush for 2 years now. 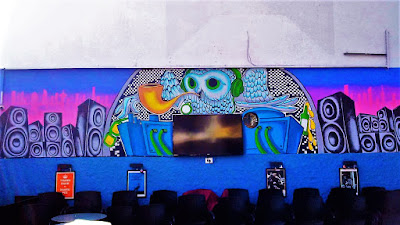 “A routine full body check-up in 2009 came as a shocker to my family and me – a tumor was detected in my chest. Soon it was found to be malignant. Luckily, the cancer was in its second stage when it is fairly treatable. I was in class 12th then. Our entire family moved to Mumbai for my treatment. I was declared fit in September 2009, I recovered and took admission in a Pune engineering college, after scoring 88 percent in STD 12 boards. I made a painting after every exam as a stress-busting activity. Although I was into art during my childhood, it never occurred to me that I could make it a career,” he narrates.

He started painting walls when he was in college, and the first big opportunity that came his way was when someone from Red Bull spotted him and commissioned him to paint a wall for them. He painted for fourteen hours straight and the sheer satisfaction that emanated when it was completed was unanticipated, almost incomparable for him. Thus began his professional journey with art. 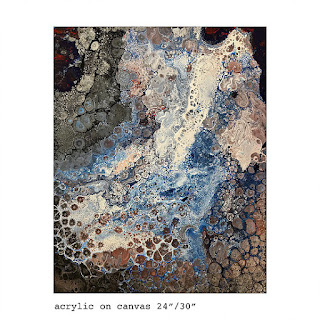 Unfortunately for him, the cancer relapsed in February 2016 and spread from his chest to all parts of his body and was diagnosed at Stage IV. “I had to immediately start my treatment and chemotherapy sessions in Mumbai. Doctors had given up on me however my father imported an expensive drug from Germany, which helped me a great deal, but it was a huge financial blow to my family. It has been 2 years since then; I have been under observation in the hospital. The cancer treatment is very painful; gradually one loses patience and the motivation to go on. I came to Tata Memorial Hospital, Mumbai in January and I am undergoing a bone marrow transplant after chemotherapy failed. I have seen 10 people get bone marrow transplant and 8 of them died,” he explains. 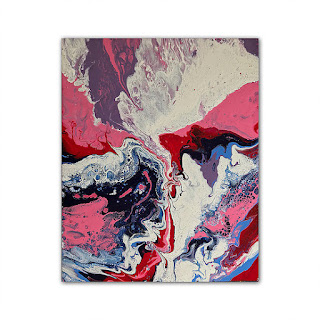 The most important factor in his life have been blood cells - the cancer and its cure both are associated with cells. "I had to go through 'stem cell transplant' in which my mother's cells were injected inside me. These cells saved my life. All my paintings are inspired by these cells. all my paintings are covered with thousands and millions of these tiny cells which together make the complete image."


In the past 2 years while undergoing treatment, he has painted over 80 works and has held a solo exhibition and participated in 2 group shows. He was also invited by TEDx GLIM Chennai to speak about his art and his journey.

“Months and months of looking at pale hospital room ceilings, excruciating pain and powerful drugs in the system is a lot that the body can take, let alone find a colorful way to coexist but I believe that your passion has to be the biggest driving force when you cannot see a light at the end of the tunnel,” he ends on an optimistic note.

You can see and also purchase more of Kartikey’s artworks here.

Write to us to know more about Kartikey’s journey and get in touch if you would like to help in any way.

Please share this article using the social media widgets at the bottom to help Kartikey raise funds for his treatment and do subscribe to receive regular updates from Art Scene India.