Most of the 'artists' this year too were hobby painters et al. However, there was a sprinkling of fine arts students from other districts of Karnataka. According to official figures there were 1,700 art stalls and at least a 100,000 people attended. I also heard that more than Rs 1 crore changed hands!

There were very few works that I liked, amongst them were pen and ink drawings by an artist from Chikmaglur and a couple of paintings by an artist from Hassan. Unfortunatley, there were many reproductions right from SL Haldenkar's 'Glow of Hope' painting (please visit Jaganmohan Palace, Mysore to see the original), to John Fernandes to even SH Raza! The different versions of Glow of Hope, which incidentally is on sale at every Santhe, was truly pathetic this year. At least all the copies I saw had no resemblance to the original except for the fact that they featured a woman holding a lamp. The magic created by Haldenkar was completely missing! 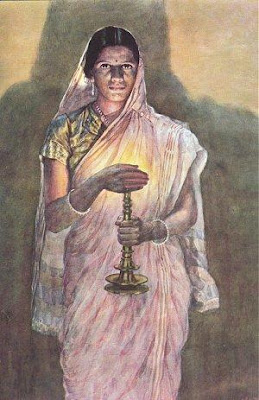 Prices were as high as Rs 5 lakhs (the painting of an elephant was priced at Rs 5 lakhs - see below). Here are a few images from the Santhe. 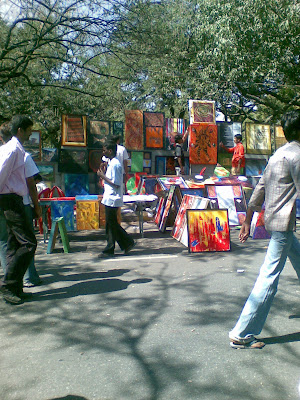 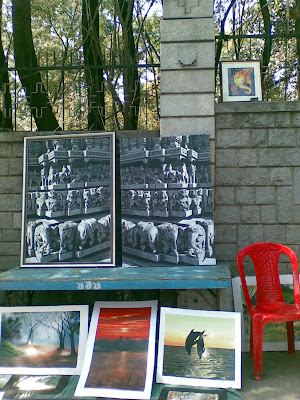 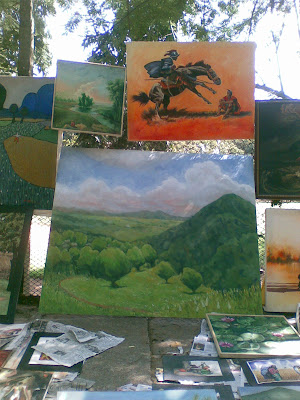 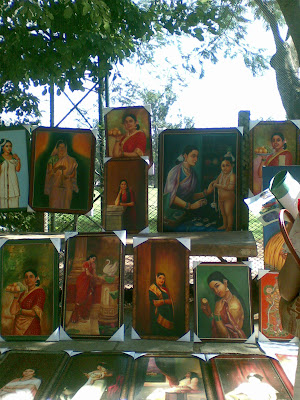 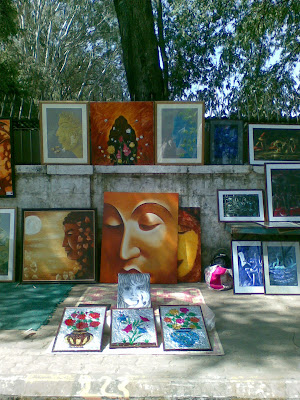 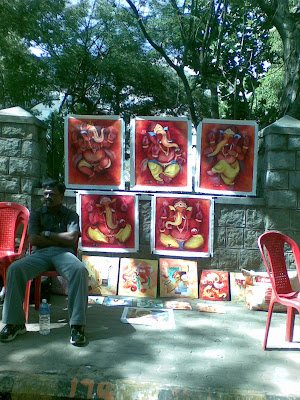 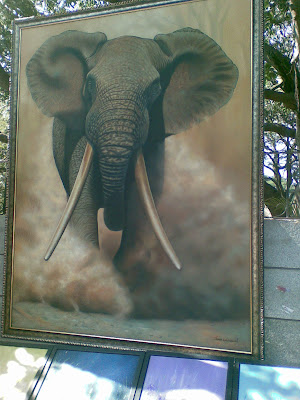 If you visited the Santhe, what did you think about it? Did you like the paintings on display? Did you buy anything? Were the prices reasonable? What is the best part of an event like this? Mail your comments to me.
By Nalini Malaviya 3 comments: 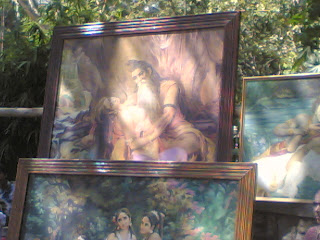 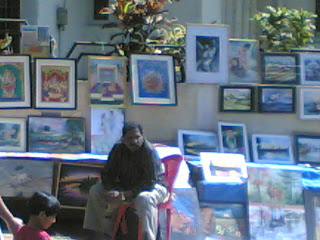 The annual art event held yesterday (Dec 31, 2006) inside the premises of Karnataka Chitrakala Parishath and on the road outside, was a bit disappointing. There seemed to be more hobby painters than artists exhibiting their works. Most of the paintings were reproductions or bad copies of works by other artists such as the late Raja Ravi Verma and other old masters. I saw at least five equally pitiful versions of the ‘Glow of Hope’ - a famous painting by Haldenkar. Incidentally the original can be viewed at the Jayachamarajendra Art Gallery in the Jagan Mohan Palace, Mysore. Watercolors on paper seemed to be very popular and were seen to be lying around everywhere. Mehndi and on-the-spot portraits also seemed to be much in demand. There were a few reasonably decent paintings in oils and acrylics - a couple of Ganeshas that I liked, a few abstracts and portraits. Overall, it was good fun seeing people enjoy the carnival-like atmoshphere, but sadly not much can be said about the art!
By Nalini Malaviya No comments:

The highly popular annual art event 'Chitra Santhe' will be held on Dec 31 at Karnataka Chitrakala Parishath, Kumara Krupa Road, Bangalore. The day-long carnival will have artists displaying paintings, sculptures and drawings along the roadside and within the premises of the Parishath.
By Nalini Malaviya No comments: