In this article, Narendra Raghunath, visual artist and faculty, Srishti Institute of Art, Design and Technology, Bangalore draws on personal experience and discusses the complexities of authenticity, authorship and ownership rights of art and the 'image' in the contemporary art world.

A couple of years ago, I received an odd request from an unknown person in New York, to authenticate two works of mine. The work looked like mine, except it had some colour fading. It also had my name on the left bottom part in English, as I often write. The only problem was I had no Idea of such a sale or transfer. On further inquiry, I learnt that he sourced the work from a struggling Indian art student. During those days, if anyone would image search my work, Google strangely enough, showed a popular Hollywood actress’s name! This Indian student smartly used that opportunity and somehow managed to convince this poor chap that this actress was a big collector of my work. 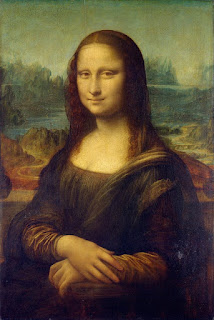 During that period, I also had a website where I occasionally published some of my explorations with the caption that ‘none of the works are for sale’. This smart student utilized all these to his advantage to fleece this investor – for a cool $4,800 - for the downloaded prints. But, once the collector began to have doubts about the signature in the authentication letter, he contacted me for verification. The entire episode filled me with mirth. I informed the buyer that there was a colour issue with the print and offered to send him a new set of prints of the same works with my pencil signature (courier costs to be borne by the collector). He happily agreed, and as I did not want the Indian student to get caught in a serious crime in the US, I left it that.

This entire episode provoked me into a deep philosophical question of authenticity of authorship and ownership of an artwork. History of art is filled with stories where the artists and their families died in poverty while their work, later on, made many others billionaires.