Author Speak: Surendra K Sagar on 'Is This Our Final Millennium'

In conversation with Surendra Kumar Sagar, the author of `Six Words​`, `Intelligent Field', 'Bright Light In The Sky​', 'Switched On' and 'Deep State’, we find out more about his latest book `Is This Our Final Millennium​`, which is a critical examination of what`s going wrong on our planet.

NM: This is your 6th book, tell us a little bit about the premise of 'Is This Our Final Millennium'?

SK: In January 2021, the Bulletin of the Atomic Scientists fixed the location of the Doomsday Clock at `100 Seconds To Midnight`. This is a metaphor for the end of humanity where the time is set by taking into account a variety of factors including human caused climate change, disruptive technologies, Bio warfare and of course nuclear wars. In my book `Is This Our Final Millennium? I have attempted to perform an in-depth analysis and correlate this with extinction probabilities and tell the world : If the doomsday clock stays at 100 seconds to midnight - the closest since World War 2 - then there is a 56 % chance of the collapse of human civilization in the next one thousand years. The `Intelligent Field` on the planet Earth is severely contaminated. The Deep States of the world continue to play havoc with human lives to ensure that business is flourishing in certain category of industries that cannot survive in peaceful times.

It looks like, our universe, even if it is meaningfully informed, is still one in which great evil can exist alongside good. Perhaps it is a requirement for progress that the real world has to be a mixture of harmony and nuance. But life must go on. We cannot allow its extinction; It cannot be that this is our final millennium.

In this sense, the book is an investigation into what`s going terribly.. terribly - wrong on the planet Earth, and what should be done to make it right.

NM: How did you come up with the idea of bringing in leaders and experts in the field, from the past and the present, to talk about these concerns in a parallel universe?

SK: Beginning with the question - who am I? What is my locus standi? And arriving at what do I do?

It was simple, I bring in the experts, the great scientists, philosophers, world leaders from the past, in their revised versions of course, and some experts/scientists who are alive.

I therefore contrive a seminar, where all these great people provide their presentations, which is recorded and uploaded on you-tube.

If you ask - Why were Dead Scientists chosen as participants in the Seminar?

Since the ones who are living are afraid of the Deep State. They are playing safe and simply do not like to be involved.

NM: What is the Unity of Consciousness?

SK: The most important subject discussed in the seminar (in the book) is the one relating to the Unity of Consciousness, the `Oneness of the Mind`. Recall my first book `Six Words`, where the six words are `We All Have The Same Mind’. It’s just that our consciousness is in the singular.

A unified approach with a clear conscience is the only way the clock can be pushed back to safety. I recall Dr Narayan Murthy`s words during the 2003 symposium on Science and beyond held at NIAS - 'The Softest Pillow Is A Clear Conscience'

NM: That’s very interesting. Do tell us what's on your bookshelf?

SK: About a hundred books on Science - Quantum Physics, Cosmology - and Philosophy.

I’m currently reading `Information And The Nature Of Reality` (Paul Davies), `Some Strangeness In The Proportion` (Harry Woolf), `Cycles of Time`(Roger Penrose).

Also, Classics by Thomas Hardy, Dickens, Arthur.C. Clarke which I have already read but intend to read again in the future when the writing days are over and the mind is relaxed.

NM: And, lastly, what are your forthcoming writing projects?

SK: I am working on the Second Edition of my flagship book `Intelligent Field` as well as on my seventh book `Time To Imagine .. And Other Short Pieces`


To contribute articles, please get in touch at artsceneinfo@gmail.com

“And so with the sunshine and the great bursts of leaves growing on the trees, just as things grow in fast movies, I had that familiar conviction that life was beginning over again with the summer.”
― F. Scott Fitzgerald

It has been a while since I posted here and one of the reasons is that the microphone that I use for all my ‘speech to text’ articles got damaged and had to be replaced. The online vendor took a long time to deliver, and it’s only now that everything is configured and functional. I sometimes wish that I could type again with ease, but well!

Also, you might be aware that schools in Bangalore are closed in April and May, which essentially means that a lot of time and effort must go in keeping children entertained and occupied! Not an easy feat by any means! 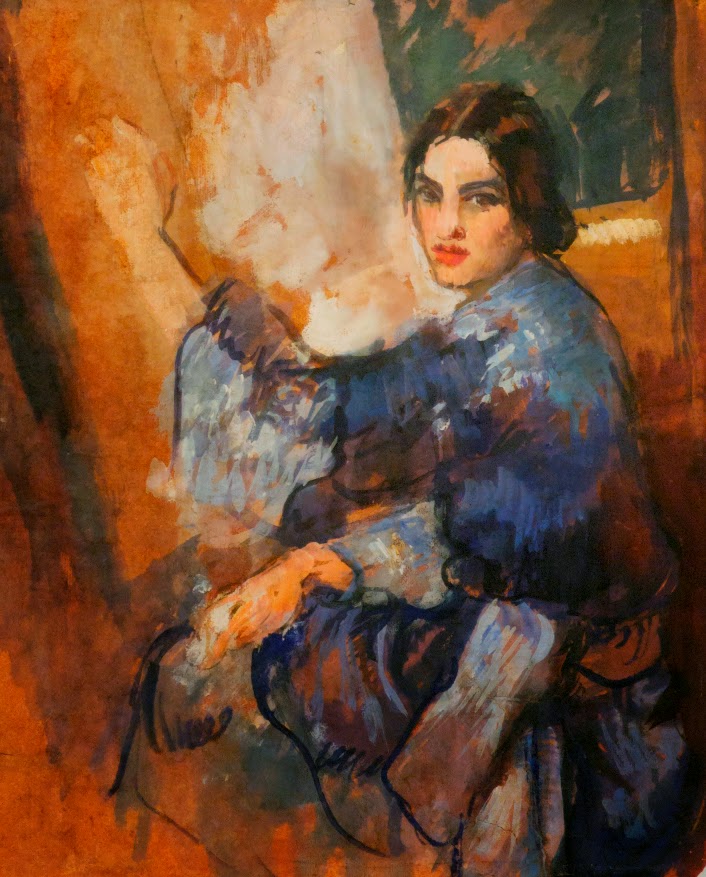 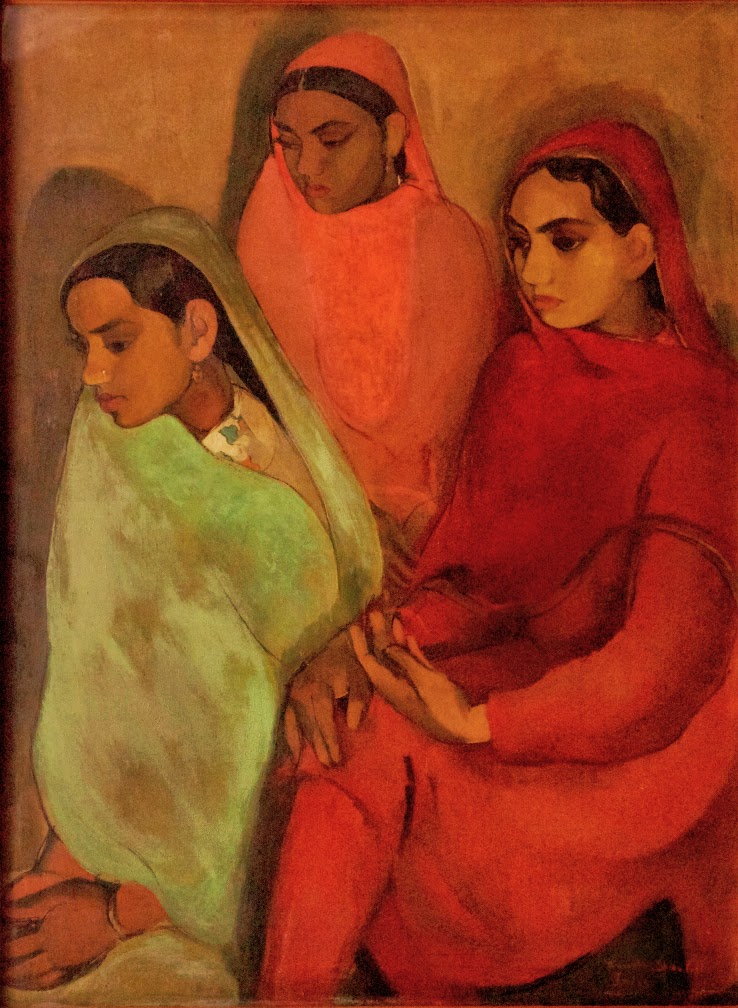 Anyways, for this particular post, I thought of keeping it light and ‘summery’, while updating you on some of the things that I have been doing lately. For instance, I gave a talk on ‘Essential Tools to Promote and Support Your Art Practice’ to students of a newly established art college (I did post about it on FB). And, judging from the response, I felt it was received well. Then, I attended the inauguration of the art exhibition titled "Amrita Sher-Gil: The Passionate Quest" curated by Yashodhara Dalmia at NGMA, Bangalore. It’s an exhibition worth catching and has a good selection of paintings and also some letters written by the artist.

As you probably know I enjoy reading and we have amassed quite a large collection of books, well, it seems that way given the amount of space we constantly need to create for it! Some of the books that I’ve just finished reading and a few others that are on my side table – ‘I Am Malala’, couple of books from the Chicken Soup series (for writers and entrepreneurs’), and ‘Waswo X. Waswo Writings’ (which Waswo has sent for review). ‘Catch 22’ by Joseph Heller is another book which is lying unfinished and I hope I can complete it soon.

Let’s talk a little more about ‘I Am Malala: The Girl Who Stood Up for Education and Was Shot by the

Taliban’- it is a memoir of Malala Yousafzai and is a fascinating autobiographical tale about the protagonist’s crusade on education, especially for girls in a land which is torn with violence and terrorism. The book is aptly described as a ‘remarkable tale of a family uprooted by global terrorism, of the fight for girls' education, of a father who, himself a school owner, championed and encouraged his daughter to write and attend school, and of brave parents who have a fierce love for their daughter in a society that prizes sons’. The book is definitely inspirational but the journalistic tone of the book, (Christina Lamb, a British journalist has co-authored it) and the over emphasis of precision in the narrative, unfortunately makes the story impersonal.

I don’t know about you but some of the Chickens Soup books can be quite overwhelming with their syrupy sweetness, but the Writers' Soul was actually quite interesting with a lot of insights and interesting anecdotes by well-known writers. I quite enjoyed it.

Summer is a great time to read books and spend time with your family, and to enjoy ice creams and iced tea and to go for walks in the evening! Bliss!!!

Let me know if you enjoyed reading this post and I would love to know how you are spending your time and what books you are reading now.

Also Read,
Artfelt Musings
Book Review: Folktales from India by AK Ramanujan
26 Best Books: The A to Z Must Read Book List
Book Review: Between the Lines: Identity, Place, and Power
By Nalini Malaviya No comments: