Mahirwan Mamtani, an Indian artist based in Germany will be showing 21 works from his series Transmuted-Fotos as part of Sparsha. Mamtani is a painter, graphic and multimedia artist, who grew up in India and moved to Germany in 1966. He was awarded a scholarship by DAAD (German Academic Exchange Service) to study painting at the Kunstakademie. Since then he has been living and working in Munich. 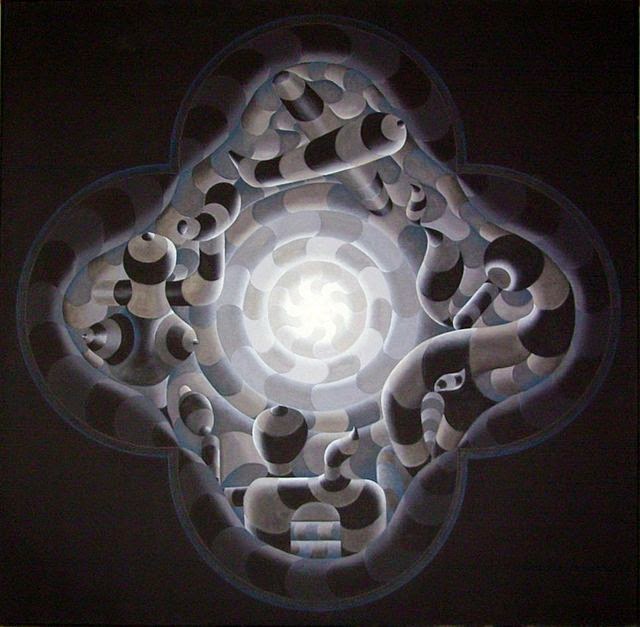 In the 1960s, influenced by Constructivism and Tantra art Mamtani came up with the series Centrovision, which consisted of more than 3000 works in 1990. “The inspiration for Mahirwan Mamtani's conception of "Centrovision" is derived from the manifestation of tantric doctrines. Emanating from the centre toward the outside, his forms are akin to the mandala concept, the visual manifestation of which are based on the axiom of microcosm versus macrocosm,” explains Dr. L.P. Sihare. 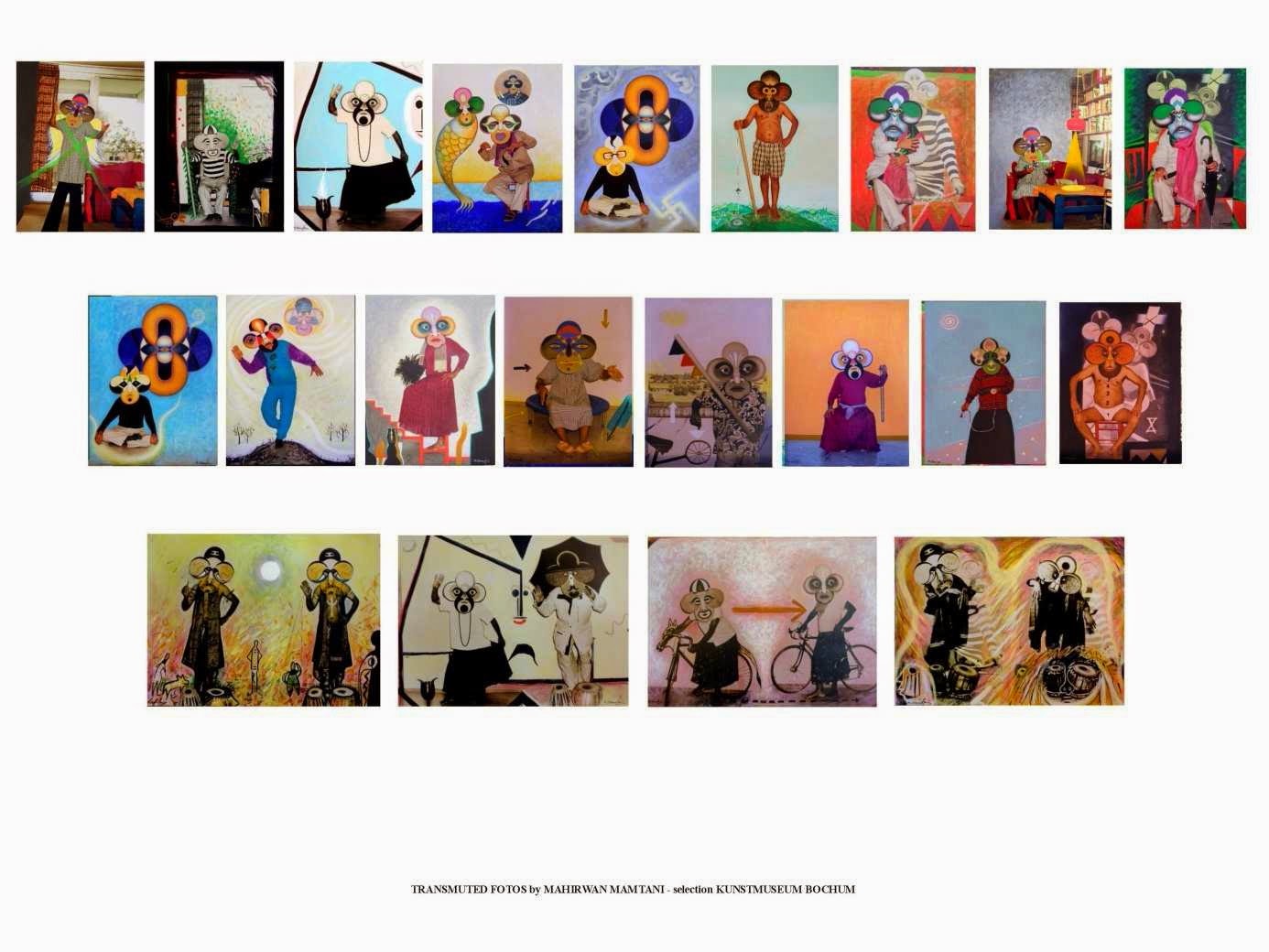 Regarding Transmuted-Fotos, Mamtani explains, “These are the photographs of my dance performances which I have over-painted with acrylic colours.” He performed dances wearing several mandala masks, which he painted on wood. These dances were recorded in the form of photos and videos and then painted over the surface of the resulting photo sheets with acrylic colours, creating a series of new mixed-media works of art. The result is human figures with mask like faces assuming new identities, and poised as enigmatic creatures. The performative stances and theatrical settings heighten elements of mystery, drama and the absurd.

According to Günter Ebert, “Mamtani´s figures appear with a mysterious aura and gravity begins to dissolve. What is invisible in the real world is visible here. The background of his paintings consists of molecular structures floating in the atmosphere, the so-called “orbs”. This transmutes the body thus a fantastic world of thought takes shape and opens the doors into a hidden world.”

The exhibition will open on 2nd November 2014 and will continue until 1st February 2015 at Kunstmuseum Bochum, Germany

Touch of Colour With Art 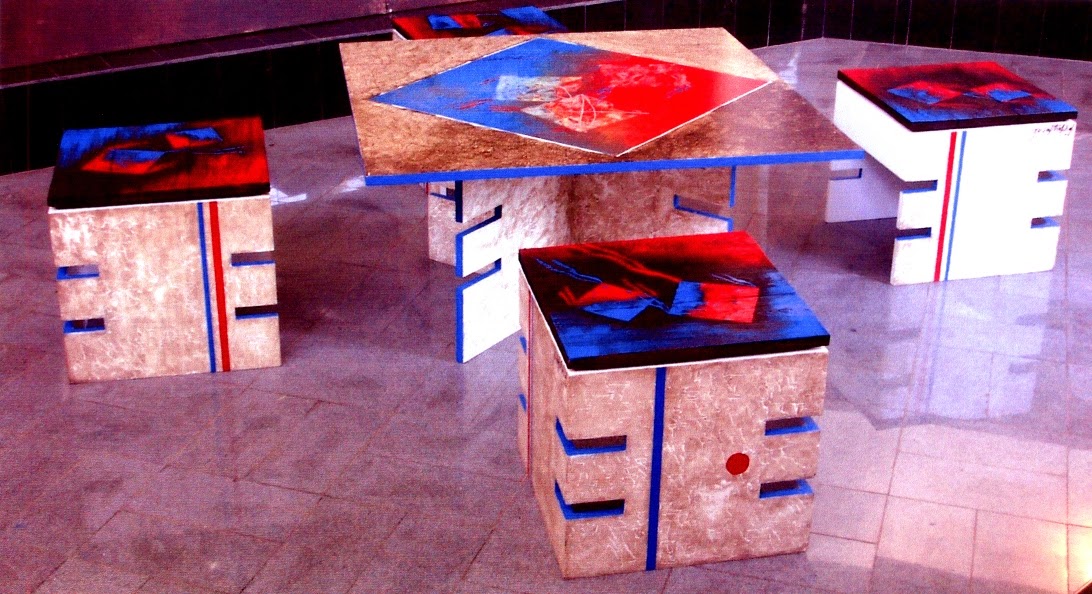 Everybody looks for that special and unique element in our surroundings, which can stand out and create a statement and define their style. Art has an intrinsic ability to transform the dynamics of the space and create an instant impression about the owner’s personality and taste. Paintings and sculptures are commonly used in home décor and are traditional forms of art; there are several other innovative and unconventional options. 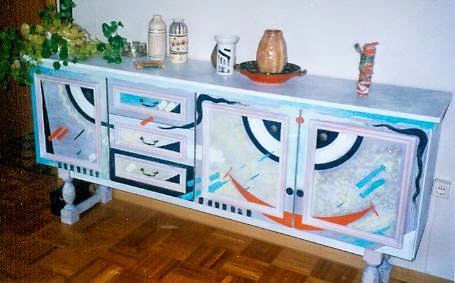 One can opt for unusual and fun objects that are personalized, for instance hand painted furniture or other functional objects. Hand painted furniture such as tables and chairs have been popular for a long time, and limited edition and exclusive pieces painted by artists are also coveted for their distinctive style and individuality. 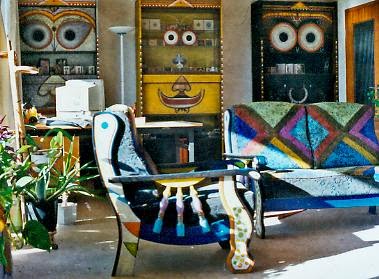 The idea is to display an original piece of artwork which completely fits into the space, yet reflects your personality faithfully. Therefore, a piece of furniture painted by an artist into a colourful work of art can easily become a centerpiece - these can be fun and quirky, have a vintage feel or have a folk art influence!
One can obtain these objects of furniture from art exhibitions which are built around such concepts or have

an artist create it according to your specifications. The latter allows greater freedom and helps in personalizing the artwork completely, and in the process helps in creating something totally unique.

Functional and utilitarian objects are rarely seen as objects of décor and adding a dash of colour and personality to them can be immensely satisfying. Art need not always be serious and contemplative, but can also be whimsical. On the other hand, artist designed and painted furniture need not be only about portraits, figures and bright colours, but these can also have a monochrome palette, use abstract motifs and be minimal, depending on your choice.

This article was published in The Times of India-The Address recently.
Images courtesy artists Mahirwan Mamtani and Yusuf Arakkal. 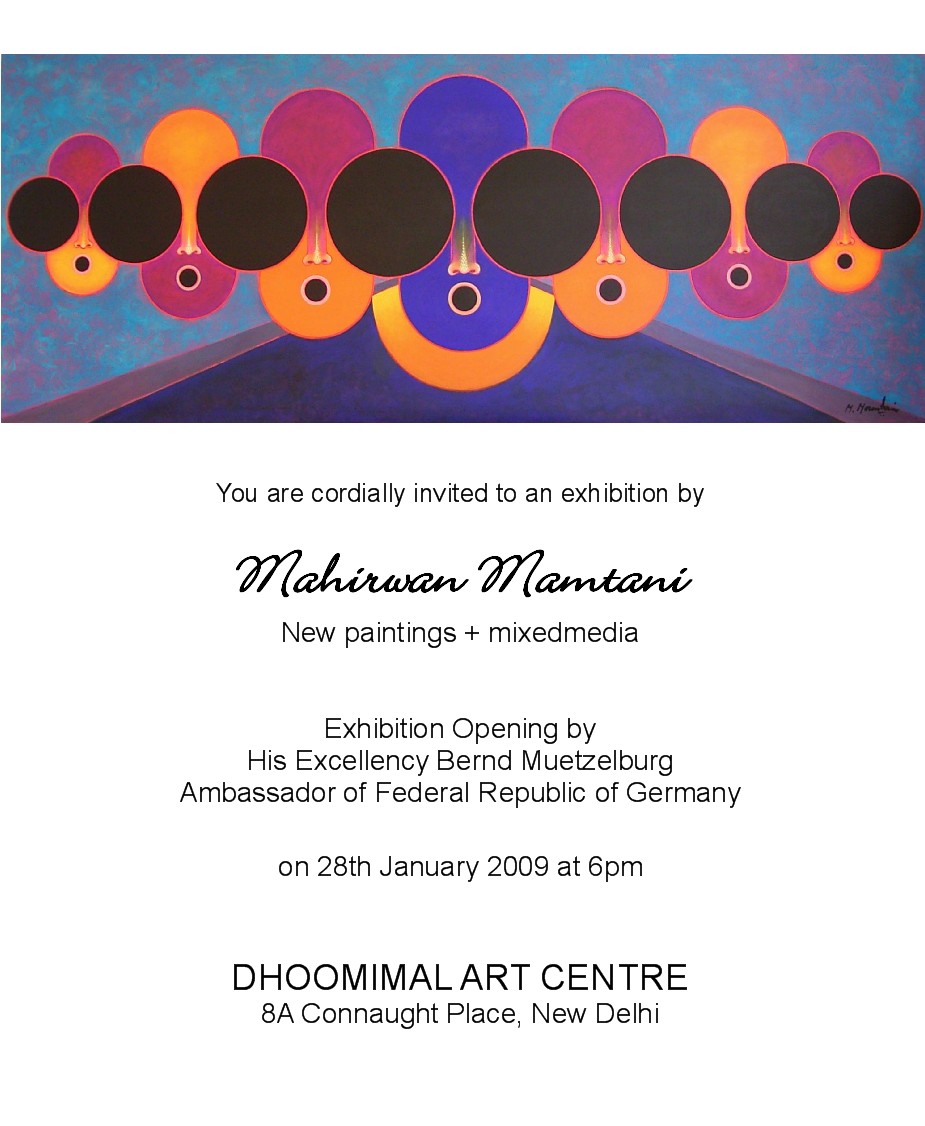